The QNX® Neutrino® RTOS Safe Kernel has been certified by Sira to conform to IEC 61508 at Safety Integrity Level 3 (SIL 3). As such, it provides a certified platform on which application developers can implement safety critical systems that must meet the most stringent functional safety requirements.

QNX Neutrino RTOS Safe Kernel 1.0, which is based on QNX SDP 6.5.0, contains the following components:

The QNX Neutrino RTOS Safe Kernel is supported on multiple hardware platforms, including x86, Power and ARM with multi-core capabilities through SMP. 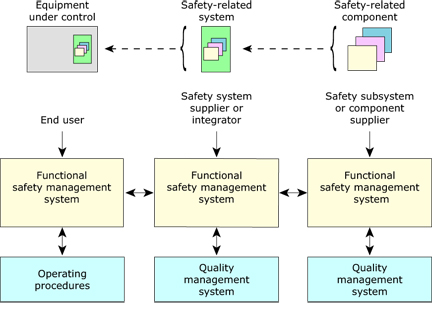 Functional safety management is the "language" that connects safety-related applications.

The QNX Neutrino RTOS Safe Kernel incorporates many key characteristics required of an IEC 61508 SIL 3 certified system. These include: